Share a memory
Obituary & Services
Tribute Wall
Read more about the life story of Mary and share your memory.

It’s with heavy hearts we say goodbye to our beloved Mother & Grandmother, Mary Lou (Fink) Malee, “LuLu” as many called her. She passed away here in her hometown of Anaconda, Montana, on Saturday, January 14th at the age of 86.

Mary Lou was born August 27, 1936, to William Michael (Bill) & Mary Josephine (Kalcich) Fink. She was the third of four siblings, Dorothy (Dodo), Betty Jean, and William (Billy), and was raised within a stone’s throw of the Smelter. Mary Lou attended St. Peter’s grade school and Anaconda High School, graduating in 1955. She went on to attend University of Montana Western in Dillon. After leaving the university she returned home to Anaconda, where she enjoyed the many opportunities Anaconda had to offer. Mary Lou was employed at Intermountain Transportation Company until its closure.

She continued to work when she married in 1963 at St. Peter’s Church to the love of her life, Sibley (Sib) Holmes Malee. From this 54 year marriage they were blessed with three beautiful children, Sibley (Sibbie), Mara Ann, & John.

Mary Lou and Sib spent their evenings and weekends remodeling and adding onto their warm family home where the philosophy was that “The front door was open, and the porch light was always on.”  Mary Lou and Sib’s home was always full of friends and family for holidays, events, and random visits.

Mary Lou managed to never miss any of her children’s or grandchildrens’ sporting events, recitals, or holiday plays. She was a proud parent who sat in the back row and bragged about her children and grandchildren any and every chance she got. She lived to bring joy to those around her.  She prioritized her family above all else with her support, knitting and crocheting blankets and stocking for all of her children and grandchildren, baking prisnac and sweets to share, sending cards of love and appreciation at every turn and just making sure everyone knew they were loved by her.

Mary Lou and Sib had a great entrepreneur spirit, owning several businesses including the Why Not Gift Shoppe and Longfellow Finnegan Funeral Home of which she was referred to as the “Unofficial Boss”

She found such joy in being a “envelope-stuffer” beside her daughter at Dunne Communications.  Mary Lou’s greatest love was spending time with Sib, her kids and most importantly the four apples of her eye, her grandchildren, Malea, Andrew, Clayton, and Owen. Mary Lou was very active and was a proud participant in the lives of all her children, their friends, and grandchildren with their friends. She received daily calls, emails, cards, drop-ins, or Facebook messages of which she checked and responded to daily.

We all knew that no matter how much she loved us when there was a game on, we might take second seat to her love for the LA Lakers, Labron James, Tiger Woods or the Jazz, and on occasion she loved giving Steph Curry the bird through the TV.  She genuinely enjoyed watching football, baseball, basketball, and golf.  And Mary Lou never missed an opportunity to “pull tabs” with her cousin Mary Alice or pony up for a local sports pools.

She traveled to numerous places including California, Hawaii, Alaska, and Mexico, although her favorite place in the world was in her comfort zone, her home on the other side of the tracks in Goosetown better known as “1208” since 1964.

Mary Lou was proceeded in death by Sib in 2018. Also proceeding her in death are her parents Bill & Mary Fink, sisters Dorothy (Johnny) & Betty Jean, cousin, Mary Alice Magness (her sports bookie), along with numerous family members on the Malee side including her Mother & Father-in-law; Dr. & Mrs. JJ Malee.

In lieu of flowers memorials in honor of Mary Lou are suggested to St. Peter's Catholic Church restorations, checks made payable to "St. Peter's restoration” and may be mailed to Holy Family Catholic Church, 217 W. Pennsylvania St., Anaconda, MT 59711, or to the “Community Hospital of Anaconda Foundation / Oncology”, 401 W. Pennsylvania, Anaconda, MT 59711, or to foundation of the donor’s choice.

Please visit the sidebar to offer the family a condolence or to share a memory of Mary Lou.

Longfellow Finnegan Funeral Home has been privileged to care for Mary Lou and her family. 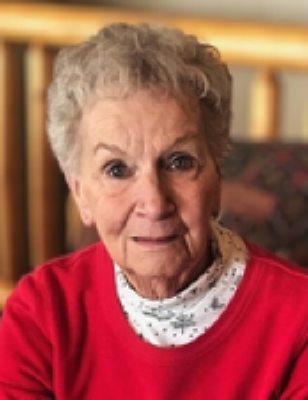