Share a memory
Obituary & Services
Tribute Wall
Read more about the life story of Mark and share your memory.

Few things are as wonderous and wild as Montana, but Mark Sweeney was. Mark was full of momentous energy, compassion, and unbridled ambition. Mark left this beautiful world abruptly May 6, 2022, from his home in Philipsburg, MT. While our hearts are broken, we are left comforted by his love, humor, and resilient passion to help others. Mark’s impact was significant. Our most precious memories of him will serve as inspiration to uplift those around us with laughter, kindness, and courage.

Mark was born in Butte, Montana, on May 27, 1959, the youngest son of Jean and Bill Sweeney’s Mining City love story. Raised in Miles City, he found life’s meaning on the eastern prairies: hunting, fishing, and falling in love. After marrying his childhood sweetheart, Tracey, his passions took him to Dillon’s Western Montana College, where he would wrestle and explore the mountain west. As a newly minted wildlife conservationist, Mark moved to Libby, MT where he was blessed by fatherhood and continued to cultivate profound life-time friendships. His career brought him to Anaconda, MT, where again he became a father. It was there he raised his two girls, four pheasant hunting German Shorthair Pointers, and thousands of westslope cutthroat trout.

West of the divide, Mark fell deeper in love with Montana. He found renewed life in the Pintlers, in fly fishing, and in his soulmate, Sue. Together, Mark and Sue were in constant motion hiking, skiing, and traveling, splitting their time between their homes in Philipsburg and Montana’s capital, Helena. Their love for each other, their daughters, their grandsons, and their community was, and still is, beyond measure.

Mark’s deeply seeded values compelled him to serve the public. He began as a county commissioner, then a state representative, later a state senator, and most recently a candidate for United States Congress. We are forever proud of his meaningful contributions to the land, people, and wildlife of Montana.

Mark is survived by his beautiful bride, Sue, by his daughters, named for the rivers of his heritage and faith, Shannon Sweeney and Jordan Sweeney, his stepdaughters, Brandi Johnson and Carly Johnson, his grandsons and the apples of his bright blue eyes, Weston and Brooks, his father-in-law Vic Standa, and his steadfast companion, Vern. His legacy continues through his siblings Judy and Perry Wolfe, Bill and Lana Sweeney, Joan and Dale Hubber, in-laws Frank and Becky Standa, Jack and Nia Standa, Leigh and Scott McOmber, numerous nieces and nephews and their children, who will ensure that the legends of ‘Uncle Crusher’ are shared for generations to come. His extended family are too numerous to mention by name, but so important to him, to us, and to his memory.

To honor Mark’s memory, our family asks that that you explore and protect your own habitats and communities by volunteering time or offering donation to your local trail association or ethical hunter safety and education programs. We ask that you take intentional time to notice and observe the fish who spawn in the low waters of local creeks and streams, and to stop by the Washoe Trout Hatchery when you pass through town. Donations may be made in his name to the Echo Lake or Washoe Park Trails Associations.

Finally, our family encourages everyone to learn and talk about heart health, especially ways to identify and reduce risk, and how to recognize the signs and symptoms of an attack.

We are in awe of the outreach and support we have received from our family, friends, and communities during this difficult time. It is with humble gratitude that we invite you to join us to celebrate Mark’s life on June 10, 2022, 11:00 am at Fairmont Hot Springs Convention Center. 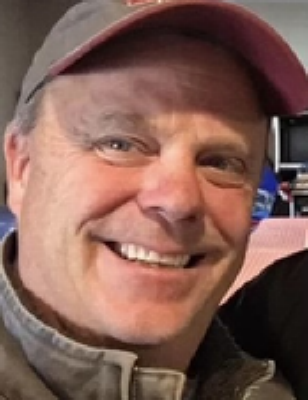