Share a memory
Obituary & Services
Tribute Wall
Read more about the life story of John "Tom" and share your memory.

Tom Sanders left this life on a beautiful moonlit evening in the late hours of January 5, 2023, at home with his son and daughter-in-law by his side.

John Thomas (Tom) Sanders was born in the old hospital on Broadway in Philipsburg, MT on March 29, 1948, to Florence and Leonard Sanders. Tom never went by John and most who knew him had no idea that was his legal first name. He always said that parents should just go ahead and name their children what they want them to be called.

Tom grew up on the Sanders family ranch on Upper Rock Creek. He helped on the ranch and played with his sister June in the many outbuildings, creek side hidey holes, and beautiful mountains that were just right for a young boy to seek adventure in.

Tom graduated from Granite High School in May 1966 and went on to earn a bachelor’s degree in English from the University of Montana in Missoula. One afternoon while at the U of M, he opened the door to a beautiful, spunky young woman in her floppy straw hat (lovingly named “Winifred”) and a cute empire waist pink dress. Not only was Tom’s breath caught in that moment, but his heart was soon to follow. He dated her throughout the rest of college and married the love of his life, Barbara Ann (Wirkman) Sanders on September 8, 1971. Their wedding was truly unique for the old Justice of the Peace. They “pre-functioned” a bit too long at good old Eddie’s Club in Missoula and were about 10 minutes late for their own wedding. He married them and they threw their “just for the occasion” cheap copper rings off the bridge into Rattlesnake Creek as a symbol of their love without the need for material things. As they were doing this, the old JP told Barb’s sister Elaine and Tom’s best friend Alan, “I give those two 6 months.”

Tom was by Barb’s side the day she passed from this life 48 years later.

For their honeymoon, Tom and Barb took off hitchhiking to New York City. They stopped along the way in Washington, D.C. to stay with Tom’s cousin for a bit and check out the Smithsonian Museum. Once they made it to New York City, they attended a James Brown concert in Harlem and enjoyed the city for a bit. From there, they took an Icelandic Air Flight to Luxembourg. They then took a train to Paris and stayed with a friend who lived in a Jewish Ghetto. They checked out many of the sites the city had to offer and enjoyed all the delicious foods. They traveled all over northern Europe, jumping the continent for nearly 3 months. They went through Switzerland, Austria, Copenhagen, Amsterdam, London, Munich and came back to Paris where they attended an opera, went to the Louvre, and checked out Versailles.

After their honeymoon, they returned to the ranch for calving season and then moved to Portland for a winter. They finally settled on the Sanders ranch on Rock Creek in 1973. Their love of travel remained throughout their lives and when ranch life would allow, they would take trips all over the western US and Hawaii.

The young couple moved two of the original Sanders homestead buildings together to live in when they first moved back to the ranch. Over the next 17 years, Tom would add onto the house in stages, making it the comfortable home he lived in until his death.

In May 1984, the Sanders welcomed their one and only son, Carl Travis. Anyone who knew Tom knew that his proudest accomplishment was being a father to Carl. He spent hours teaching Carl the ways of ranch life, but also took time to enjoy some creek hockey or Lego building with his little boy.

Family came first for Tom, and he was a kind and caring father-in-law to Carl’s wife Kayla. He was overjoyed when he became a grandfather to Deklan in 2012. Tom lit up whenever Deklan was around, and he was always there to support whatever sporting or music events Deklan participated in. His life was enriched once again in 2017 when he became “Bumpa Tom” to his granddaughter, Delaney. Tom was a sweet grandpa to his little granddaughter and was always ready with her favorite treats and tiny toys whenever she’d stop by for a visit.

In 2016, Tom and Barb decided to gradually retire from ranch work and allowed Carl to take over ranch management. Tom was a patient, open-minded father who allowed Carl the freedom to learn and do things his own way. Tom was proud to be the fourth generation of Sanders ranchers to successfully operate and even expand the Sanders family ranch. In retirement, Tom was able to completely reimagine his beautiful yard and flower garden. Tom had quite a love of flowers and after all his years in the Rock Creek Valley he knew just what to plant and how to help them flourish in the chilly climate.

Tom was preceded in death by his mother Florence, father Leonard, sister June, and best friend and life partner, Barbara.

Tom was very loved and is survived by his son Carl and wife Kayla; grandchildren Deklan and Delaney Sanders; sisters-in-law Elaine (Dave) Gates and Jeanette (Tony) Reinhart; numerous nieces, nephews, cousins and friends. Tom is also survived by a truly life-long friend of 66 years Barbara (Larry) Clark. The Clark family were the epitome of perfect neighbors throughout Tom’s life on the ranch and they treated Tom and Barb like family all their years on Rock Creek.

There will be a celebration of Tom’s life at 2pm on Sunday, January 15, 2023, at the Granite County Museum, 135 South Sansome St. in Philipsburg. All friends and family are welcome to attend and say their final goodbyes. As Tom himself said, “it has been, for the most part, a good life.”

In lieu of flowers, please send any donations in honor of Tom to the Philipsburg Area Education Foundation.

Please visit the sidebar to offer the family a condolence or to share a memory of Tom. Longfellow Finnegan Riddle Funeral Home and Cremation Services has been privileged to care for Tom and his family. 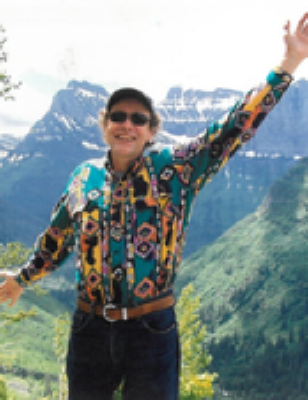