Plant a tree in memory of Herbert
An environmentally-friendly option 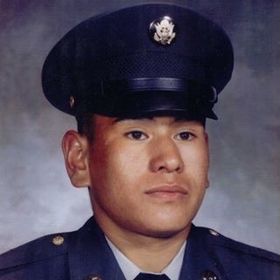 Herbert Fred Nepine, beloved father, grandfather, brother, uncle and friend, passed away suddenly at his new home, the Southwest Montana Veterans Home in Butte on Friday, April 16, 2021 with his daughter, Teresa, at his side.

Herb was born on October 17, 1948 to Fred Nepine and Rosina Iron Bear in Dunseith, ND. As a member of the Turtle Mountain Band of Chippewa Indians, he was given the name Black Eagle at birth. He moved at a young age with his family to Opportunity, MT, where he grew up and graduated from Anaconda High School. During his youth he was an avid boxer and developed a love for the outdoors, especially fishing. There he met the love of his life Mona Kay Ludewig. They married for all time and eternity on February 19, 1969.

Shortly after marriage, Herb proudly enlisted in the U.S. Army and was deployed to Vietnam where he fought bravely for the country he loved as a member of the 9th Infantry Division. He was wounded by a landmine, received a Purple Heart and returned home where he was honorably discharged as a decorated veteran.

After returning to Montana from the war, he became a prison guard at the Montana State Prison in Deer Lodge. He also worked as an iron worker for a time before discovering he was suffering from a degenerative muscle disease which eventually confined him to a wheelchair. Herb didn’t let his health get him down and had a great sense of humor. He was always able to put a smile on someone’s face.

Powwows were one of Herb’s favorite events and he loved traveling with his family to attend them all over the Northwest. He and Mona together would painstakingly craft Native American regalia from headdresses and outfits to drums and spears out of love for his culture. He was also very passionate about collecting WWII memorabilia, Native American artifacts, German beer steins and other unique antiquities. He was a proud veteran.

He is preceded in death by his wife Mona, his parents and his sisters Jenny LaForge and Delima Benson. He was a very spiritual man in both his Christian faith and Native American culture, so we know he is reunited with his soulmate Mona and is at eternal peace.

“May you, when you reach that happy land of our forefathers, continue to be to us what you were while living with us. Assist us, now that you will be with those who have the power to give us knowledge and light, by showing us the way to that happy land. We now bid you farewell. Now even the heavens register an emotion at your departure.” Chippewa eulogy, unknown

Funeral services for Herb will be held at a future date.

Plant a tree in memory of Herbert by clicking here.
To send flowers to Herbert's family, please visit our floral store.

Plant a tree in memory of Herbert
An environmentally-friendly option

Plant a tree in memory of Herbert

2 trees planted in memory of Herbert

Rest in peace now warriorWe will sadly miss you

We can leave the jungle, buddy. Rest in peace.
Steve McGrath

A Memorial Tree was ordered in memory of Herbert Nepine by Steve McGrath.  Plant a Tree

Thank you for your service to our country Herb. 🇺🇸God bless you and thank you for sharing your beautiful daughter with our family.
Much love, Mark, Terri and family.♥️

A Memorial Tree was planted for Herbert Nepine

Plant a tree in memory of Herbert