Share a memory
Obituary & Services
Tribute Wall
Read more about the life story of Cynthia and share your memory.

Cynthia Marie Ricci Fortner passed away peacefully at her home on January 14th, 2023. She was 68. She was surrounded by her family and her dog Poppy.

Cindy was born in Anaconda, MT on January 11th, 1955, to Agnes Reagan Ricci and Alfred Caesar Ricci.  She grew up on Ash Street with her four brothers and they were part of the “Ash Street Gang”, which consisted of 5 girls and 22 boys.  They all enjoyed having the hills, springs and foundry as their backyard to play in.  Cindy attended high school at Anaconda Central High School.  She enjoyed babysitting, archery club and girl scouts.

Cindy met her husband, Larry Fortner early in her adult life. They were married on May 29, 1972 and were best friends. They enjoyed going places together, having fun and enjoying life. Soon after they were married, they had their first and only son, Ted. Two years later they had their eldest daughter Stacy and Allisa and Heather followed. Cindy’s focus in her life was her family and raising her children while Larry worked. This was a struggle at times, but she always piled the kids and Grandma Ag in the car and took a ride somewhere. Cindy also enjoyed being part of bowling, softball leagues and being a Girl Scout Leader. She also liked to decorate wedding cakes with her mom. Cindy enjoyed being with her friends and had a best friend or “sister,” Gayle Venturelli who was always there for her up until the very end.  Cindy worked various jobs at times during her life.  Cindy and Larry were married until his death in 2012. Even then, she still felt his presence with her every day.

Cindy is preceded in death by her father Alfred, her mother Agnes, and her husband Larry; Brothers and bsisters-in law, Glen, Melvin, Cathy, Darrell, Kathy Fortner and Patricia Ricci.

A funeral mass will be held on Friday, January 20, 2023 at St. Peter's Catholic Church, 401 Alder St., Anaconda, MT. A one-hour viewing and visitation will take place prior to the funeral mass, beginning at 9:30. A graveside service will follow the mass at Mount Olivet Cemetery in Anaconda, MT. A funeral luncheon will follow the graveside service at the Hunthausen Center of Holy Family Catholic Church, 217 W. Pennsylvania St., Anaconda, MT.

Please visit the sidebar to offer the family a condolence or to share a memory of Cindy.

Longfellow Finnegan Riddle Funeral Home has been privileged to care for Cindy and her family. 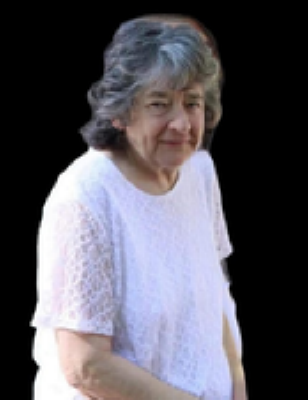